This week, we’re talking about a couple of short films. We didn’t plan on it when we discussed which ones we should include in this episode, but turns out the ones we chose have a bit of a similar theme. They both have to do with how society perceives the mentally ill.

This film has been making its way around the world festival circuit this year, and has been generating some deserved buzz. Written and directed by Richard Powell, the film aims to raise questions about some rather dark-natured things. We didn’t quite know what to expect, given all that we really knew about it going in was that it featured some considerably gooey practical effects, and it was designed to make the viewer uncomfortable.

The forcefulness of this film is that it causes you to confront certain assumptions you may have concerning sexual predators, the cycle of abuse, and the humanity (or lack thereof) of abusers. We typically think of these kinds of perpetrators as sick, mentally ill, or even less than human. What Heir does is challenge viewers to contemplate whether these characters can be sympathetic – and what happens when they are? Are they any less monstrous?

Next is the TV short, The Burkittsville 7.

Html code here! Replace this with any non empty text and that's it.

Broadcast by Showtime in the year 2000, The Burkittsville 7 was a short film followup to The Blair Witch Project. Ben Rock, the man behind the film, worked as production designer on BWP (Want to know who to credit for creating the iconic Blair Witch stick-men? It’s Ben Rock.). The idea was to further the Blair Witch story by focusing on the murders of the seven Burkittsville children, allegedly performed by Rustin Parr. Cleverly, the film utilizes a faux-documentary style where we meet a Blair Witch historian who has an unorthodox opinion on what really happened out in the woods back in 1940. Not to give too much away, but there seems to have been an eighth Burkittsville child – a boy named Kyle Brody – whose sociopathic tendencies led him to manipulate Parr into killing his peers.

From there we see faux documentary-within-a-faux documentary footage of Kyle Brody as an adult, living in a mental institution. We see interviews with historians, experts, and family members discussing Brody’s mental capacities and possible occult interest (or even possession). We see how Brody is treated within the institution, how he is demeaned by the authority figures on the inside. It’s quite a chilling reminder of the dehumanization many patients have experienced while staying in these types of facilities.

Please take a look at the short interview writer/director/producer/champion Ben Rock was so kind to provide us!

We hope you enjoy this episode, and we hope you’ll seek out these films, as they do tackle some important topics. As always, thanks for listening, and if you would like to support us, please take a quick moment to like us on our social media sites (Facebook, Twitter), and remember to rate and review us on iTunes. You can also become a patron here, or buy some cool merch designed by our very own Andrew Gimetzco at these various places (RedBubble, Society 6, Tee Public, Threadless). 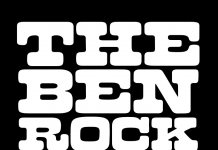 BEN ROCK ON THE BLAIR WITCH MYTHOS AND THE BURKITTSVILLE 7