Ouch My Ego! – Music, Art, & Culture Blog of the Rio Grande Valley
Home Podcasts What Did We Just Watch?!? DOWN 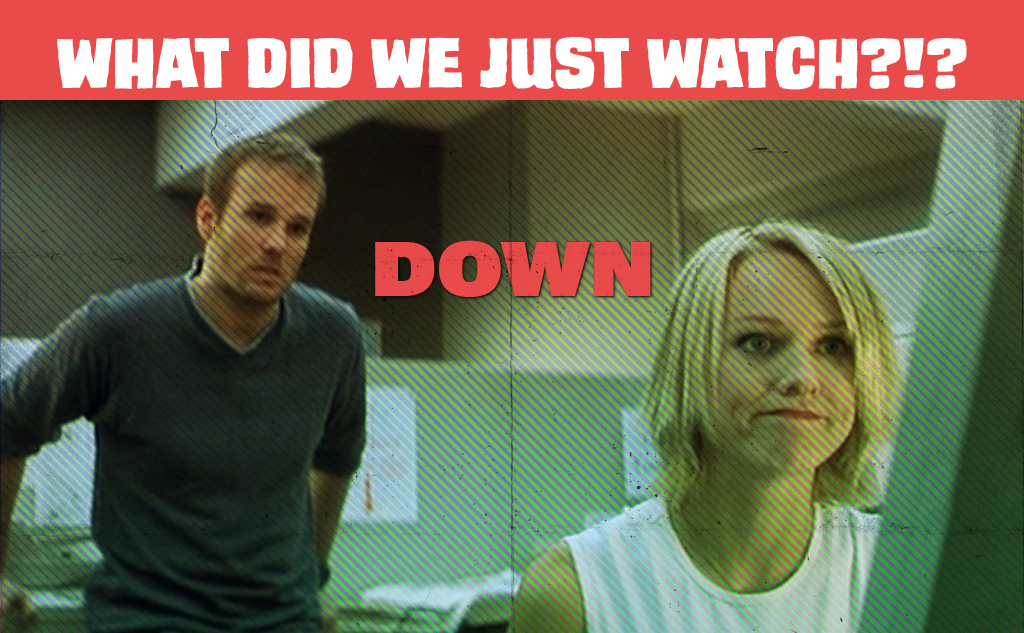 the Film: Down aka The Shaft aka De Lift

Up until this year of 2017, I thought I really was one of the few people who had seen this week’s entry: Down. I have a hunch that I’m still one of the few, but the few are now more than a handful, because it seems there’s been a re-release of this 2001 high rise horror film on blu-ray this very year – this very month even. But that is just coincidence to our exploration of the film. Earlier in the summer, Jon texted me a few dvd finds while out and about, and one of the films was indeed The Shaft! Wait! What’s that? a different movie? nope, just a different title: Lionsgate’s The Shaft. He asked me if this was worthy of the WDWJW roster, and I excitedly replied “YES!” because, as you will hear, and hopefully see, this movie is a sublime mix of horror, sci-fi, possible satire, and a whole lotta nonsense that congeals all together into one delightful mess of a movie.

Down is directed by Dick Maas, here remaking for the new millennium a film called De Lift he had previously made in his home country of the Netherlands in 1983. This version is for the international market, specifically the USA, but all English-speaking territories. The cast here is impressive: Lost Boys‘ Edward Herman, Hellboy himself: Ron Pearlman, Dan Hedaya from WDWJW fave Alien: Resurrection. And the two leads are David Lynch Alumni James Marshall and Naomi Watts (who either did this before finishing Mullholland Dr, or after. The time line is…curious). With a cast this impressive, one might expect a very socially aware film that carries deep themes and issues that affect the urban and business environments wherein the story and action takes place. But what we get is a thriller about a KILLER ELEVATOR, the intrepid reporter covering the mystery behind the malfunction, and the repairman employed to diagnose the error. Also there is mayhem and menace and explosions and MAAAAAD SCIENCE or GHOSTS! or BOTH??!! you guys should totally watch this and help us figure it out, we just don’t quite know.

And as usual with shows featuring Jon, the main question is: does Jon enjoy the film? Often enough it seems I subject our little guinea pig to cinematic tortures only I seem able to withstand…though he has turned the tables on me a couple of times (Repo, Solarbabies). But here, now, will Jon writhe in pain? Or will he just roll with it? Have a listen to find out! 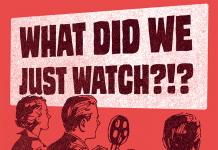 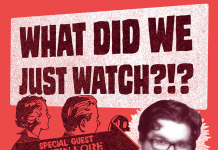