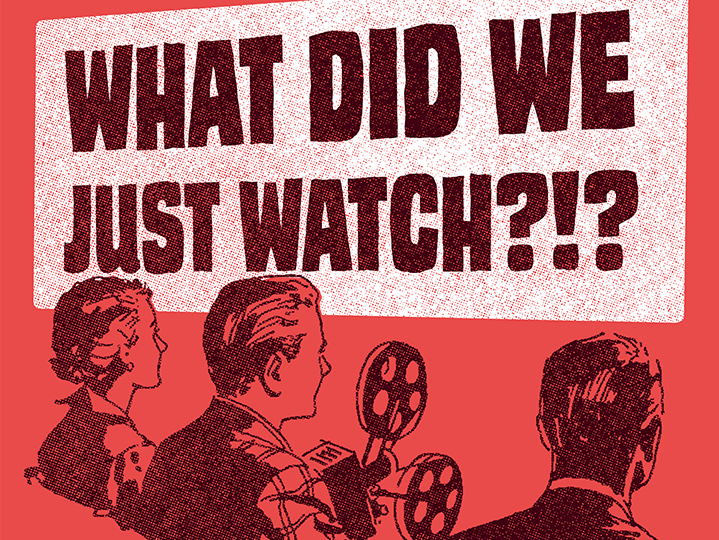 the Film: the Ice Pirates Seeing as somehow Jon had never seen The Ice Pirates, I took it upon myself to subject him to this low budget, well-meaning sci-fi farce from 1984. Knowing the kind of films Jon usually goes for, and what schlock he’s willing to enjoy, regardless of its schlockiness, I figured this would be a successful experiment! After all, this film has Space Pirates stealing Space Ice from Space bad-guys called the Templars who dress like Space Medieval Knights, and who also have an army of clunky bipedal robots. The Ice Pirates even face off against Amazon women warriors and endure a kind of Mad Max road war for like two minutes and eventually do battle inside of a time warp! All of this to lead them to the 7th world (which is made of WATER!, something the universe is in desperate need of)! It started out well enough. Jon liked what the trailer promised. But that’s about it.

But you see, I enjoy this flick, and in viewing it again after years of neglect, I can say I still enjoy it – only slightly less. For me, it still holds a certain charm, and the satire shows a bit more clearly now that I see it through adult eyes. It’s not just a Star Wars spoof, especially since its budget was cut so drastically. Its kitchen sink machinations work far better than something like Solarbabies.

When this film works, it works well enough, but when it doesn’t, we have Jon here to lament about it. And, oh, does he lament. If you’re so inclined, do enjoy my admittedly nostalgic defense and Jon’s objections to such nonsense as we discuss The Ice Pirates!