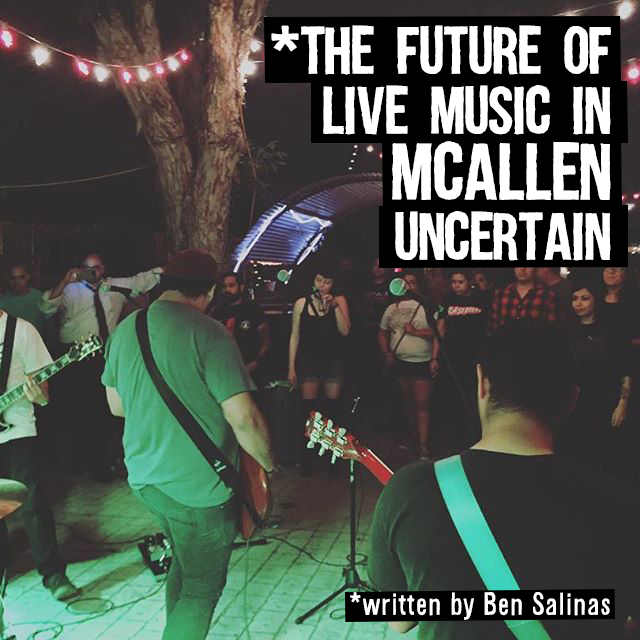 On Monday May 23, 2016 at a city hall meeting, John Ingram brought up an unplanned agenda item to prohibit amplified music in the Downtown area. Aida Ramirez also added to the ordinance an age restriction so that no one under 21 can be present at any venue downtown. Ben Salinas provides us with an update.

As of this morning, the petition to challenge the updated ordinances to McAllen’s entertainment district has hit over 2,500. The new ordinances, which would ban amplified music outdoors and keep anyone under the age of 21 from entering the bars on 17th street, have been met with understandable fury from music-lovers in the city.

As stated by John Ingram, the city commissioner who oversees the entertainment district, this response was unexpected.

“Perhaps the ordinance was a bit hasty,” Ingram said. “I see this coming back to the city and getting re-worked.”

According to the city’s documents, the suggested changes to the ordinance were, for the most part, accepted by venue owners in the district. Among those changes with no protest were lights at every exit and entrance and providing security. However, the restrictions on amplified music and under-21 concert goers were challenged as far back as early May.

Still, Ingram says the changes were new to him at the time of Monday’s meeting.

“You’ve got to understand, my packet for that meeting was about 900 pages long,” he said. Large changes like this are usually “workshopped” with the city commissioners before public meetings. Ingram states that this did not happen for the new restrictions on the entertainment district, placing the blame on the city manager for not workshopping it with them before the meeting.

When asked if he’d be willing to reconsider the ban, Ingram was agreeable to the suggestion, stating that the majority of the noise complaints homeowners have left with him have to do with “club” music, and not live music.

Despite this, Ingram made his allegiances clear. “Without a middle ground, I’m always going to side with the homeowners.” He later added, “No one told these bar owners they had to locate here. They can move themselves anywhere in McAllen, these homeowners can’t.”

While there is some truth to the statement that homeowners in the area are not very mobile due to economic constraints, those same constraints press on bar owners as well.

“If it happens, it would derail the momentum of everything we’ve worked for,” said Patrick Garcia, owner of Yerberia Cultura. “We are an outdoor venue, and live original, amplified music is what we do best, so this would hurt.” Other venues, such as the Flying Walrus, do have an indoor space but would still find their business compromised by the change.

However, according to Garcia, this will not stop Yerberia Cultura from continuing as a hub for local alternative music.

“I’m a stubborn dude, so even if this happens, the shows won’t stop. We’ll literally tear walls down. It might delay us, but we’ll redesign, rebuild.”

To both Garcia and Ingram, a middle ground seems like the best solution, through either curfews or exceptions to the ban for live music.

“Live music is important,” said Ingram. “There’s a place a for it in McAllen. I want my son to be able to come back to a city that has a lot to offer, like a good job and a good community, and yes to be able to go out and have entertainment.”

The ordinance will go to the McAllen mayor Jim Darling next week for final signature, however only a veto from Jim Darling will change the outcome.

Take-aways: The reason John Ingram added previously rejected elements of the ordinance was because the workload required of him was too high (900-page packet), that it was the city-manager’s fault for not ‘workshopping’ those elements out of the agenda, (even though they were already left-out), and that ultimately he expects the ordinance to come back up for review and states he would support a change.

If you feel adamant about telling the city of McAllen to reconsider the ban on outdoor amplified music and all ages shows, sign the petition here. 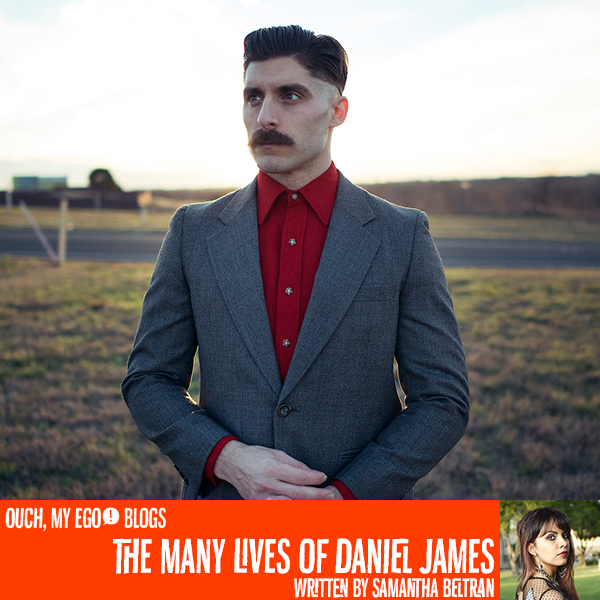 The Many Lives of Daniel James