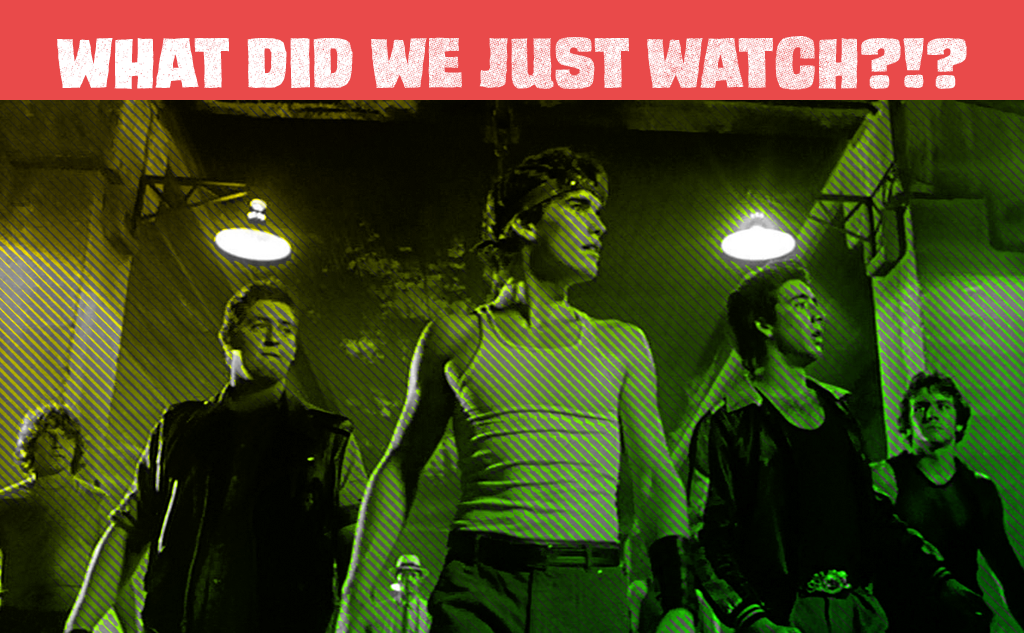 Hot on the heels of our discussion about nutsoid sci-fi horror teen farce Detention, comes an episode about another teen film, but one that’s mostly forgotten, in spite of Criterion reissuing a super deluxe version on blu-ray: Frances Ford Coppola’s direction of S.E. Hinton’s Rumble Fish.

The story centers on Rusty James’ attempt to live up to the legend that is his brother The Motorcycle Boy (Mickey Rourke), a once gang leader, now enlightened free wheeler who is trying to live down his violent past. Rusty James (Matt Dillon) desperately wants the respect and status that his brother once had, but is not equipped for the task. Rusty James’s plight takes him from wayward ne’er-do-well, to an all at once compassionate kid via a story line that pushes toward a ticking time bomb of a seemingly tragic conclusion…

Written while directing the Outsiders, and directed immediately after the Outsiders wrapped, Rumble Fish is an avant-garde approach to what could have been just another mundane teen tale. Shot in stark black and white and populated with deft themes, symbolism and surrealism, Rumble Fish shakes the teen flick trappings and becomes something all the more special.

And here to talk about Rumble Fish with me is Elbee who pretty much swoons at the sight of the Motorcycle Boy, as he is indeed dreamy. But worry not, we dig into the strangeness a bit and try to see what sets this apart from the rest of those 80s teen movies out there.