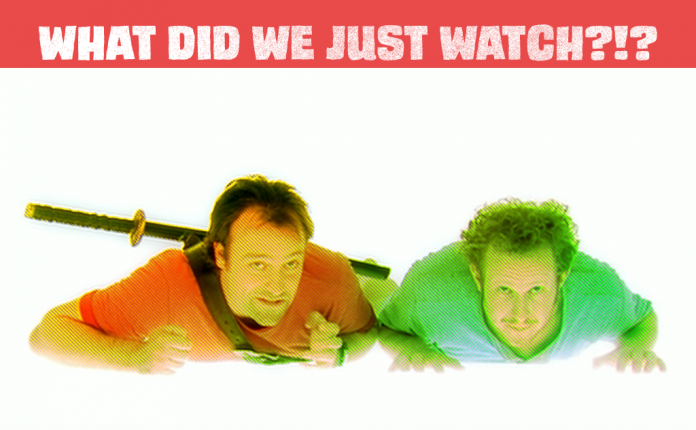 When I started this podcast, my inspiration was taken from my own experience with friends having Video Nights at least once a week for a few years at one of those friends’ houses. That friend is this episode’s guest, and it’s been a long time coming. But you ARE somewhat familiar with previous guest/co-host Jon Bjorling. Jon was among those that joined us for said Video Nights…but he’s the only one to join me from that motley bunch, until now. Enter Lorin Reed, he of ONE instagram post, and scant social media presence. He’s an artist, a producer/DJ, a hopeful game developer and is arguably the most resented among us for literally being too damn sexy. No joke. It was at Lorin’s house where we had these Video Nights and where I gained the reputation of having the “weird movies”, a role I gladly fell into. I wish I could have included more Video Night alumn, but life would not permit such. So here we have Lorin joining me to talk about Nothing, that is, Vincento Natali‘s Nothing.

As you’ll hear in the show, Nothing is about two misfit friends who wish away all their woes only to be left with Nothing. Well, they are left with only themselves, no city, no police, no surroundings but for their weird dilapidated house. They must contend with their own insecurities as well as learn what exactly happened to put them in their maddening situation.

Please, join Lorin and me for this, very final episode* of WDWJW?!? You can watch Nothing here:

*I’m tired and stretched among many projects, most of which is working on Grumpire.com, be it the artwork for the site or producing the Grumpire podcast, and frankly, it’s just time I lighten my load. To those of you who have stuck with me all these years, I am forever grateful. And to all who have guested on this show (Rob Godinez, Manny Montejano, Travis Trapp, Elbee, Jon Bjorling, George Dean, Monica Torres, Ken Reid, Eduard Cantu, Michael Cool, P.J. Finn, Justin Lore, Liam O’Donnell, Courtney Penley, Mitcha Ansara, Shaun Robare, Erich Hall, Adrianna Gober, The Mike, Dan Pullen, Stephanie Crawford, Tom Nix, Ron Nelson, Mike Delaney, Andrew Hawkins, Jay Alary, & Lorin Reed) you each believed in the show and helped make it work and for that too I am forever grateful. And who knows, perhaps one day I will revive this show. As for now, WDWJW?!?! is dead. LONG LIVE WDWJW?!? 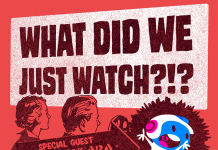