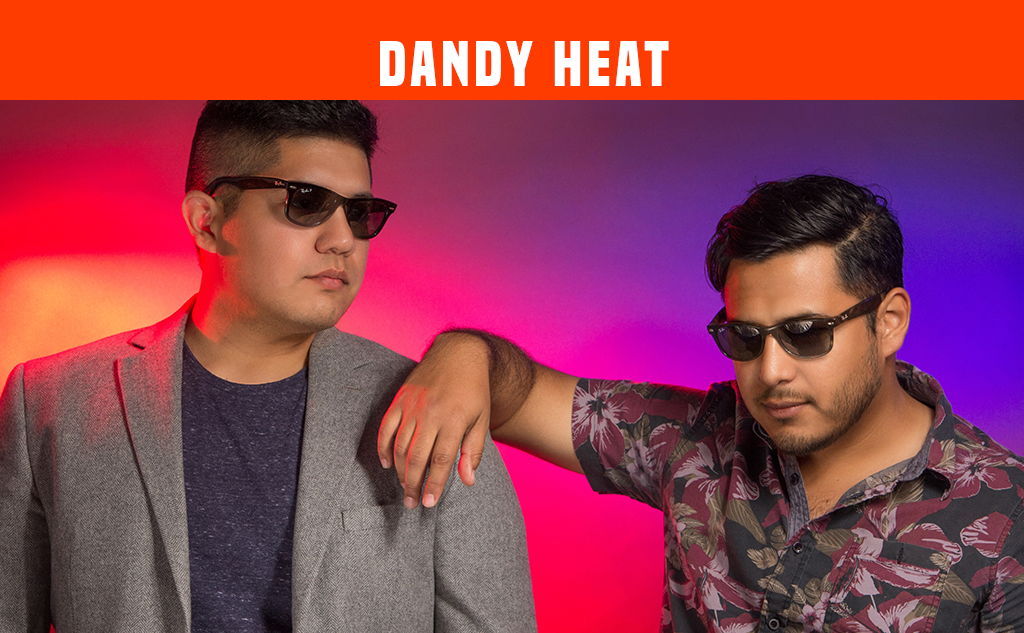 After almost seven years, Sharyland’s Dandy Heat returned with a full length sophomore LP in August. Songwriters Joseph Alexander Macias and Osmar Everardo Alanis-Monsivais (Jo and Os) bandcamp page has been dormant since their 2011 album, Nights at The Island. Jo and Os’s friendship dates back to their teenage years where they made their start playing music out of their garages. They went from the garage to the main stage, making up two-thirds of the band Vulpes , which saw its end in 2012; later as half of the Jungle Bodies, which played this year at Galaxy Z Fair, just a few months shy of the release of Dandy Heat’s Sentimental Beast.

Sentimental Beast is an anomaly. It is both affectionate and contentious. Both Jo and Os equally divide the instruments and song ownership, Os on drum and bass, Jo playing guitar and acting as sound engineer in the studio. The approach to this album was a shift from Night at the Island, which was both produced and written in completely different circumstances. Under the influence of friends egging them on, Night at the Island was several songs scrapped together during sound checks and equipment tests where Jo and Os had time to prep before practicing with band-mates. The album was recorded and published on the fly in six weeks. The frayed drum sticks and parched vocals still come through the coarse recordings.

“Listening to it now takes us back to the heat of that storage unit with the loud amps and sweaty boys.”

On Sentimental Beast, Dandy Heat has accomplished a clearer, crisper quality of sound unheard before. Despite refinement, there is still an underlying tension in each song, not tonally but on a spiritual plane. Perhaps this is because every song had to be re-recorded after a freak accident where most of the work was lost. More likely, there is an unconfessed desire, unanswered questions that bring each of these songs from simple rock-n-roll jivin’ toward an enigma of unspoken truths of unadulterated youth. Much of it was reminiscent of Yo La Tengo. Several tracks have that quality of popular alternative bands taking on a classic sound, or when Lou Reed embraced an alternative nature. Sentimental Beasts would be the perfect album for a drive into the West Texas desert, mountains cupping the tiny art town of Marfa, humming along to the serenades of Dandy Heat.

Jo told me that many of his songs were written while the two lived separately, he in Austin and Os in the Valley. The songs were written over a period of several years and were under refinement to ensure they embodied exactly what Dandy Heat wanted to convey. It is evident two members wrote most the album, each having their individual emotional unpacking and simple jamming parts. Therein lies the spirit of Sentimental Beasts: it both reveals sensitivity through chamber-like vocal tones and simple chord structures, yet remains driven by the nature found in the first album with the incorporation of rambunctious guitar solos and aggressive drum beats.

For those who enjoy b-side Yo La Tengo, the Andy Warhol scene, or Just Like Honey by The Jesus and Mary Chain, it’s recommended you head over to Dandy Heat’s bandcamp, listen to the tracks and share with others.

Check them out live at Yerberia Cultura in McAllen!