Twin Shadow is finally here. For many music lovers in the Valley, it seems like we have been waiting endlessly for this day to come. I was fortunate enough to have the opportunity to interview George Lewis Jr., better known as Twin Shadow. Born in the Dominican Republic, he then moved to Florida as a kid, lived in Brooklyn for the last 4 years and now lives in California. Strikingly honest; Lewis claims to be heavily influenced by 50s biker and rock & roll culture, though his music is reminiscent of new-wave 80s. His musical inspirations include Elvis, The Beatles, and Michael Jackson; all of which can be heard incorporated into his music. Twin Shadow is represented by 4ad, who also work with the likes of Grimes, St. Vincent, M Ward, and many other amazing acts. His previous album “Forget” was inspired by the dissolution of a long term relationship. His new album “Confess”, however, can almost be labeled as the antithesis of Forget which addresses his abandonment of his bonds with others.


OME: One phrase that captures your musical ventures?
Lewis: Love got me here
OME: What do you know about McAllen Tx? What made you want to play here?
Lewis: Well this guy on twitter kept asking me to play here over and over, and even made an event page. I said if 200 people join this event saying that they want to see me play, then I’ll come down and play for you. I’ll have you know that we’re missing out on one of our rest days just to play for you all.

OME: Yes, I was just about to bring that up. Logistically, it is very inconvenient of you. What made you want to stick it out?

Lewis: Well, you know we really are a band that is about our fans. I know what it’s like to be in a town where you can’t really see anything, no one really comes down there and it’s too far to travel anywhere. It is important to me, when I can make it work, to follow through and see my fans.
OME: Twin shadow is a reference to your twin sister. Did she inspire you to produce music? What inspiration do you get from her?
Lewis: My sister is a very special person to me. She’s a very talented performance artist and I really look up to her.
OME: In the song “I Can’t Wait“, from your last album, Forget, you admit to seducing another man’s woman. The personality of the song alludes to some form of regret or guilt. In contrast to that, in the song “Patient“, from your new album Confess, you seem unapologetic about the game of love. How do you think these two songs parallel?
Lewis: People don’t really know this….but “I Can’t Wait” is about a much darker subject. It is actually a story about a young man who watches a girl get molested. No one has been able to really figure that one out. If you listen to it from that perspective, you will get a different understanding about it. About being unapologetic though, I would have to say that I am always unapologetic, as I said before the song isn’t about stealing another man’s woman. I don’t go around stealing girls, but if I did… I wouldn’t be apologetic about it.
OME: You love bikes, this tour that you are currently on is a bike reference: the “ton-up” ” (going over 100mph on a bike) tour. When did you first get into biking? How has your recent biking accident changed you? Do you feel tamed, or inhibited? Less of a risk taker?
Lewis: I still have my Bonneville and I still love biking. I even take it on tour with me sometimes. I first got into biking about 8 years ago; my first bike was a Yamaha 750 special. Yes, I am way more careful than I was. I had to ask myself. Is Twin Shadow what this world needs? I had to ask myself between free living and really focusing on TS, making sure its message reaches the world.
OME: In your novel, what is the silver sun? Is the moon symbolic to your life?
Lewis: In the book, the moon explodes, you know? To me, the moon has always been a metaphor, you know? For a guiding light… a beacon that guides you.
OME: What are you reading right now?
Lewis: I’m not really reading anything right now; the last book I read was “The Stranger” by Albert Camus.
OME: I know you read beat novels, and are a fan of Jack Kerouac. Do you feel it is fair to compare ‘Confess’ to Neal Cassady?
Lewis: Sure, that’s a fair comparison. It’s hard to talk about Kerouac without addressing his character. I mean that really arrogant self-assured stereotype; I try to look past those stereotypes. The neat thing about Neal Cassady is that, he’s really just an outsider that desperately wants to fit in.
OME: What is a novel that you think *everyone* should drop everything to read right this second?
Lewis: Subterranean Kerouac.
OME: How do you think your life would have progressed if not for Eddie’s encouragement? Do you think you would have eventually come back to music?
Lewis: I think so… at least I’d like to think so. I guess I don’t really know. I truly appreciate his hand in helping me realize Twin Shadow.
OME: Do you have any advice for other musicians trying to excel at their craft?
Lewis: Too many times I hear music that seems like it’s not a complete idea. That it’s somewhat half-assed. Sharing your music now is so easy, it just takes a few clicks; it didn’t always used to be like that. People are too eager to share their music rather than polish and complete the idea, concept, and message of that music. 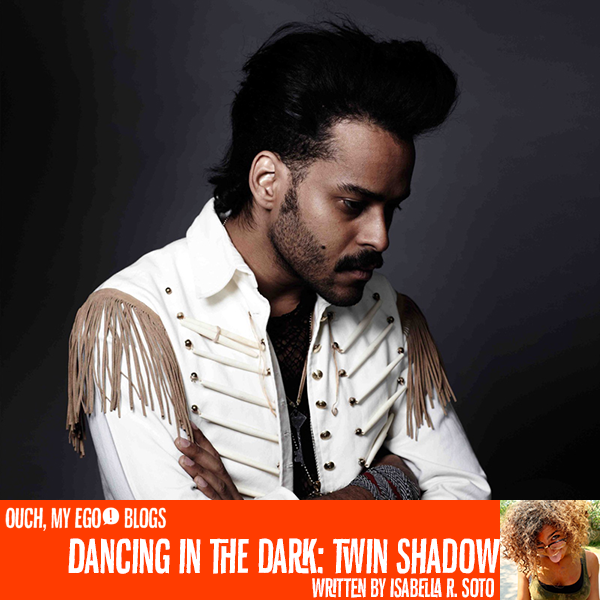 Dancing in the Dark: An Interview with George Lewis Jr. of Twin Shadow 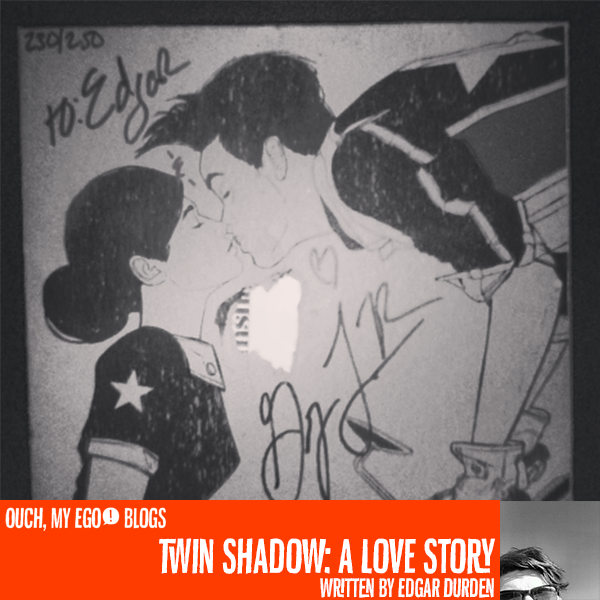