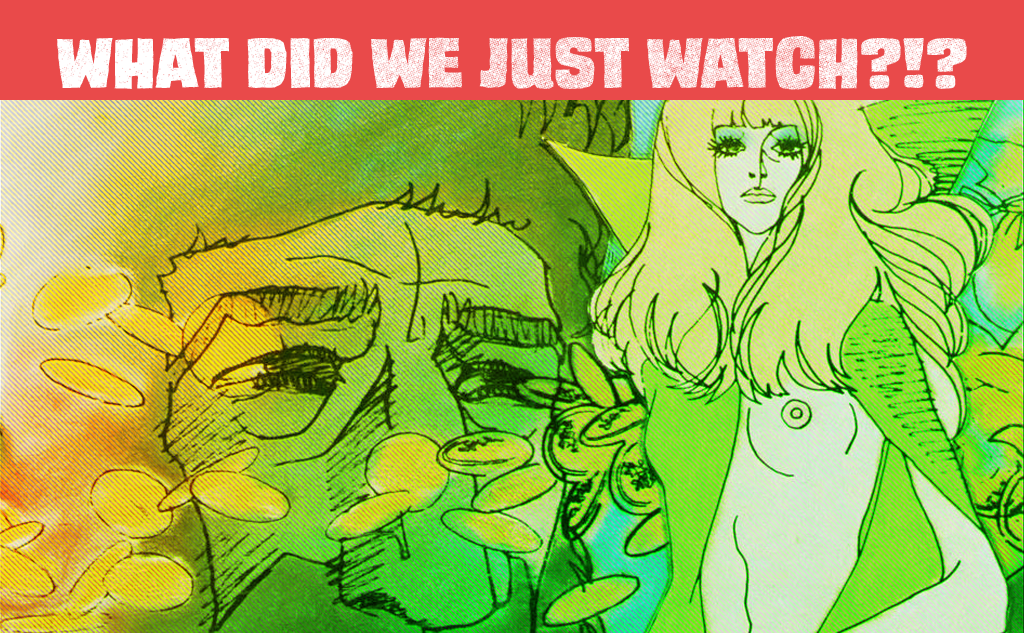 It’s a rare thing that I’ll accept this deviation from the norm here. Usually we cover strange films that feature mostly practical special effects, sometimes cg animation but never, until now, have we covered a fully animated feature. Belladonna of Sadness isn’t JUST an animated film, but it’s an anime from 1973!

And it’s not only an anime, but an extremely artful, fashionable, highly stylized telling of the tragic tale of a young newlywed pushed beyond her limits and the revenge she wrought upon her oppressors via that age old ‘deal with the devil’.