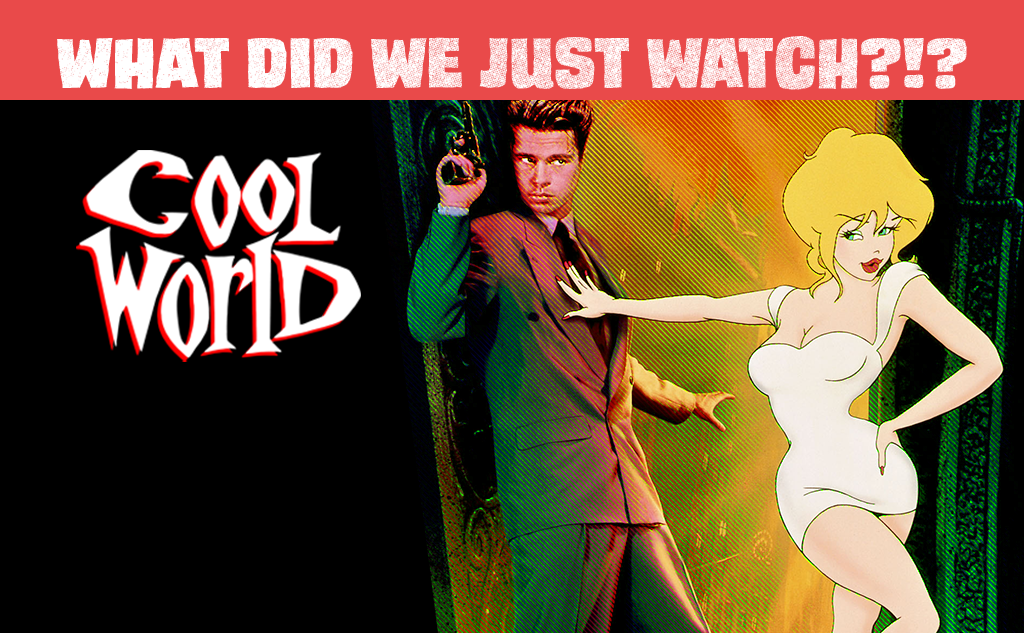 Jon has done it again. He’s turned the tables on me and found a film I haven’t seen in years, didn’t want to see ever again, and talked me into watching it. With a title like COOL WORLD you’d think that at least some of the film would be worth checking out, but you’d be wrong.

In 1992 when Cool World was released, you’d have thought that 17-year old me would have been all over this zany live-action/animated caper. You’d think that because I was indeed into animation. At the time I had been inspired by Spumco’s Ren & Stimpy, Bruce Timm’s art direction of Batman: The Animated Series, and of course I was also very much an admirer of Who Framed Roger Rabbit? I’d been to various Spike and Mike animation festivals — EVEN the “sick and twisted” show once. So of course I’d be into Cool World. Except, I wasn’t. From the adverts to the trailers, something seemed “off” about the film. And as you’ll hear in this episode, something was indeed very “off”.

Without giving anything away, the production was troubled even with its direction by Ralph Bakshi – which, to me is always a bit of an “uh oh” because I never fancied his work much. And while the cast is decent (Kim Basinger, Brad Pitt & Gabriel Byrne), this is far from their best work.

Here Jon sheds some light onto the further reasons why I dislike the film, educating me on a few of the behind the scenes facts that I incorrectly assumed otherwise. So, if you dare, listen to me complain about Cool World, and hear Jon agree with me for once.