If Best Blues were a person, I’d swear it would be an introvert.

This album is Small Black’s third full-length work. I figured it would be a new favorite, but I admit I initially received a cool handshake from it. I definitely had to do a little bit of layer-peeling as I dug into this album. Usually I would recommend music like this be saved for the car on a midnight drive with the windows down and the bass dialed up. But there is a deeper current that runs through this album’s track list.

I began to see a glimmer of something interesting by the time I got to “Boys Life”. Perhaps there was something behind that dense curtain of synthesizers and feel-good ambience. At first I wondered why they didn’t want to grab me with a catchy single right up front, but that would have defeated the purpose of this work. Best Blues is a letter written straight to you, the listener, about what it’s like to lose something or someone. Therefore, I pressed onward, and by the end of side one I knew my efforts had paid off. I had reached the heart of the matter on this record.

Best Blues came about after Hurricane Sandy destroyed the home of singer Josh Hayden Kolenik’s family. The slow rise and fall of musical sway aptly reflects the swell of emotion that comes with loss (material or otherwise). In the beginning I thought I was chilling to a ‘good time’ kind of album, but by the time I got to “Big Ideas, Pt. 2,” my heart was sufficiently being tugged. And then came side 2…

The second half of the album is all emotion. The songs each build and release, like the moon pulling and pushing the tide. The mastery in the musical composition can be found in the little things, like how a little trinket can evoke a great big memory.  Such is the use of acoustic instruments in little lines here and there (see “Between Leos” and listen for the trumpet – provided by The Antler’s Darby Cicci). But there is also mastery in Small Black’s scope – they’ll never let you settle back on the heels of your feet (go to “Smoke Around the Bend” for a nice color change at just the right time). Each of the ten songs is a page from an old family photo album, and each page turn is more bittersweet than the last.

But by all means, if you want a good time or “something casual” out of this album, you can have it. All the songs are fun, and none of them are really downers – considering the subject and inspiration for it all. You can take Best Blues for a spin on your night outs. You can listen to it and be young at heart. But like knowing any true introvert we come across in life, sitting down and getting to know this album at its depths is where the true value lies. Take a moment, go back, and soak it all in again. Trust me, you’ll be a better man/woman for it.

Small Black is performing this Thursday, April 6 at Yerberia Cultura. Special guests will be Nite and local favorite Slow Attack. 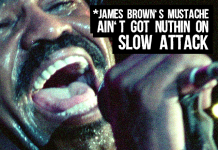