I am up on the stage of The Historic Cine El Rey, and the lights are bright. Really, really bright.

The entire crowd of Galax Z Fair IV has been invited to dance with the members of Yumi Zouma during their song “Sålka Gets Her Hopes Up”, each of us taking care as we climb the stairs and join them on stage. Smiles abound, and everyone on stage is singing the chorus’s reassuring opening lyrics, “I’ll catch you if you’re falling.”

That night, along with the countless others celebrating and dancing on stage, I fell for Yumi Zouma, and don’t think I’ve quite yet hit the ground.

The four-piece group out of New Zealand captured the hearts and ears of listeners with their equally dance-y and dreamy pop music. Yoncalla, the band’s first full-length LP, grows and expands from their previous two EPs to focus on twinkling, swooping synths, delicate guitar-work, and the fresh, melodic vocals of Christie Simpson. After working from different corners of the world for years, Yoncalla sees Yumi Zouma creating a strong, perfectly cohesive debut record.

“The biggest difference was when we wrote and recorded Yoncalla, we spent so much more time together – where the EPs were made while we were spread apart, and we would write by sharing things over the Internet,” said Josh Burgess, who plays synths and guitar for Yumi Zouma. “This was the first time that we all sat down together, and we were in the same room, and we were working on music together.” Aside from their meticulously constructed sound, Yumi Zouma is also skilled at crafting interesting titles that pique one’s attention and create a lasting relationship with their music. Take Yoncalla, for example. While on tour last year, the band spent three or four days in Yoncalla, a “small, weed-growing town” in Oregon, and wrote some of the LP there.

“We’re fond of it, and we’re always looking for places that sound interesting or words that sound nice, and we keep them and use them for song titles,” said Burgess. “I think sometimes people don’t pay too much attention to what records or songs are called, and we like to give them a distinct flavor.” Similarly, the track “Haji Awali” gets its name from aspects of Burgess’s childhood.

“‘Haji Awali’ is kind of an amalgamation,” said Burgess. “I grew up in the Middle East in Bahrain. Haji Hassan was the apartment complex we lived in, and then Awali was the school I went to. So again, it doesn’t translate to much of what the song’s about or anything, but I think it’s just kind of interesting.”

Finding a home in the abstract and the aesthetic, Yumi Zouma’s signature sound is fleeting and beautifully minimalistic – like a glimmer of sunlight caught off of water, or the delicate pastel hues of a sunset. They complement their airy, dreamy pop sound with equally dream-like artwork for their releases, giving a truly creative package.

“I think there’s something to be said about keeping people’s ability to use their imagination of what a band is like or what people are like.”

The band, however, is attempting to keep a minimalist image in a world of maximalism, instant Google searches, and frequently re-hashed interviews. The album’s cover art, designed by New Zealand artist Henrietta Harris, plays on the coy anonymity they had previously established with their beautiful EP artwork.

“I guess we kind of wanted to be on the cover in some way, but not in the way that was like, a Beatles record or something with all of us standing in a line,” explains Burgess. “I think there’s something to be said about keeping people’s ability to use their imagination of what a band is like or what people are like. I suppose that it’s a little bit different now with the Internet and just the amount of content around a band is so much higher. Now there are so many interviews with us and so many pictures of us that it’s harder to get lost in the mist of something, so maybe that was kind of behind the [idea of] ‘not having the faces’.”

Despite their wish to blend in, the band has clearly been a stand-out act, and have remained on the radar of countless music blogs and tastemakers. This summer marks Yumi Zouma’s second year performing at Gorilla Vs. Bear’s annual music festival, and 2016 sees them returning to McAllen a little over a year after their captivating Galax Z Fair IV performance.

“I think there is something…it [Texas] definitely feels very exotic,” says Burgess. “We really didn’t understand where McAllen was. Our booking agent booked it, and it was a show that we all just really loved. The people were really kind and really excited, and we just came to go back and revisit those people and that sort of place.” Yumi Zouma is playing this Friday, July 1 at Yerberia Cultura in McAllen. Event information can be found here, and tickets can be purchased here. 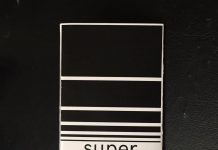