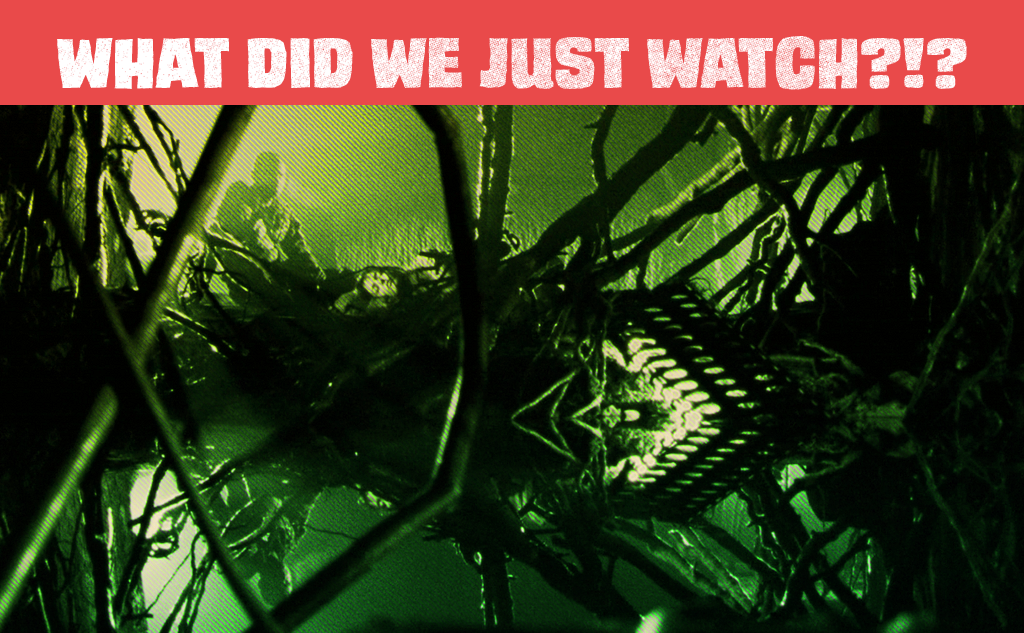 I often skimp on talking about the directors of the films we discuss. I suppose it’s because I’m more interested in the film itself than the behind the scenes trivia, and I don’t exactly like to flex my knowledge on such (whether I have the info or not, and I don’t often consult search engines while recording the show). So with this episode about the 2009 french science fiction survival adventure film Eden Log we don’t get too far into that information, and that’s kind of a shame.

I say “shame” because the director, Franck Vestiel, seems to have learned from some of the best in the genre. He’d previously worked as a 1st and/or 2nd assistant director on many films including The Nest, Renegade, House of Voices, Them & Dante 01, all of which I find incredibly well made. Some are straight action or thriller, others are ghost stories or esoteric science fiction, but they are all interesting to say the very least. So, it’s a shame I didn’t mention any of that on this episode, thus I mention it all here. (But who really reads these show notes anyway?) When Vestiel put to work that which he learned while on these projects, the end result is something unique and interesting, if not a little foreign (both because it’s French and because, something executed so well in this genre had yet to be seen on film).

And though we do mention the soundtrack , it is literally one of the rarest things, with only 4 tracks available to preview online anywhere. The group behind the music, Seppuku Paradigm is no more, but they had a good run for a few years, scoring films like neo-giallo Red Nights and the cult transgressive thriller Martyrs. (Thankfully the score for Martyrs is currently available on Spotify.)

I’m pleased to be joined again by Jon on this episode. We try and unravel the mystery of Eden Log. You can watch the film for free on Tubi TV, and should, and when you’re done, please join us?