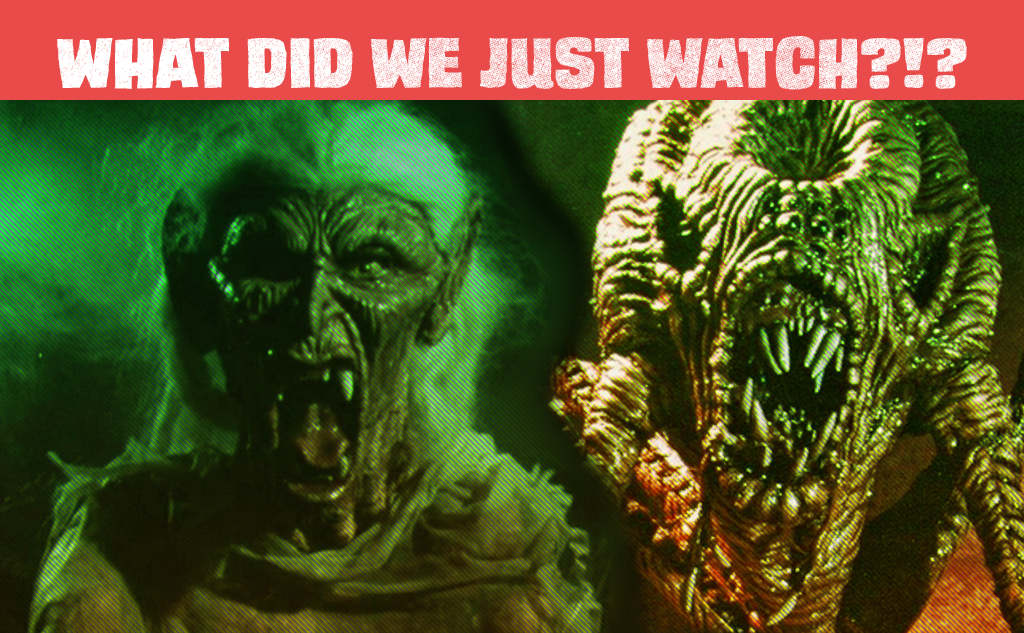 It’s that time again, kiddies. The Spookiest time of the year! It’s October and as such it’s time to feature a creepier than usual flick. So, I’ve chosen 1986’s SPOOKIES. Full disclosure, I have seen this one time before this viewing, and that was last year when I first learned of the film. Or should I say “films”?

You see, Spookies had a rocky production, and is apparently a cobbled together film of 2 separate picture or something like that. To learn more about that, look no further than HERE, where they really dig into all that behind the scenes stuff.

With me on this excursion in Andrew Hawkins of Freaky Fandoms Podcast (among a bunch of other stuff; the man wears a lot of hats). Join us as we dig through this movie that features a Werecat-boy, an Undead Overlord, a Ghost mom, 3 fiji-mirmen, A banshee, a demon possessed yuppie, a ton of zombies. a spider-lady, a phantasm jawa tween, a bunch of poop-dudes & a wind up toy robot. If you haven’t seen the film, do give it a view, I’ve provided the video below. Enjoy!