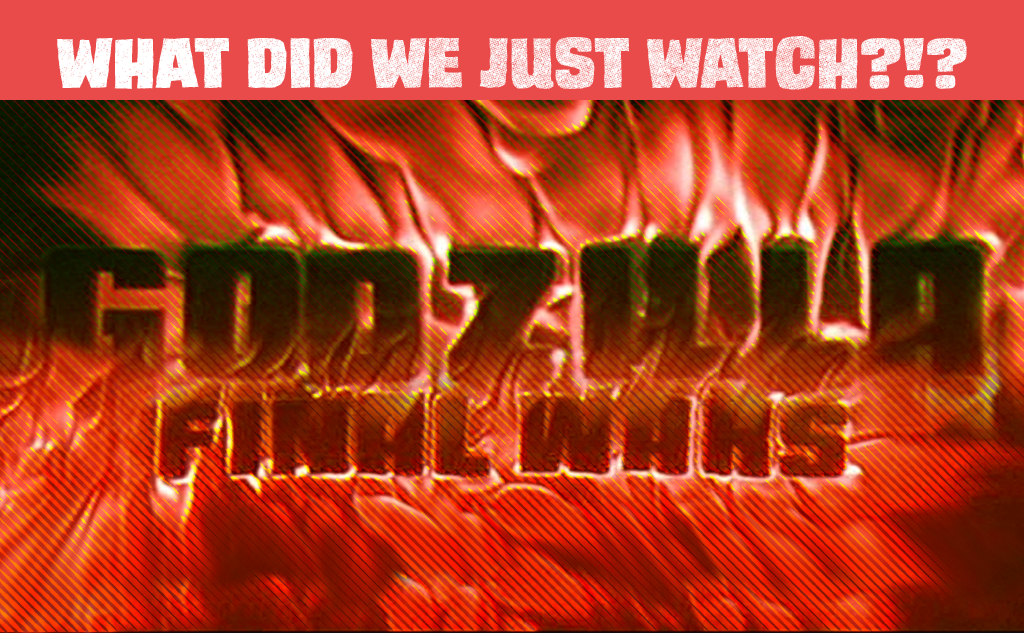 In 65 years since his debut as a metaphor for the dangers of nuclear weapons, Godzilla has gone from terrifying monster to pop culture darling. He has done battle with various Kaiju creatures (including the mighty King Kong,) and even some lesser known foes such as Marvel Comic’s Avengers and even some famous sportsball player named Charles Barkley (for a 1992 Nike commercial of all things.)

For his 50th anniversary and to close out the “millennium” era run of Godzilla films, Toho gave the directorial reigns to Ryuhei Kitamura (Versus, Alive, Midnight Meat Train) who certainly has a style all his own. Together they gave us Godzilla: Final Wars. Final Wars is a sort-of remake of 1968’s Destroy All Monsters in which Godzilla’s must fight a gauntlet of his mightiest foes in order to stop the bad guys (regrettably, Barkley did not rank high enough to be present here.)

With Devious alien invaders, silly flying vehicles, and mutant super humans, Final Wars is a glorious train wreck of a film. Join Andrew and Jon as they examine the absolute craziest film in a series about men in rubber monster costumes stepping on toys cars and smashing cardboard buildings.