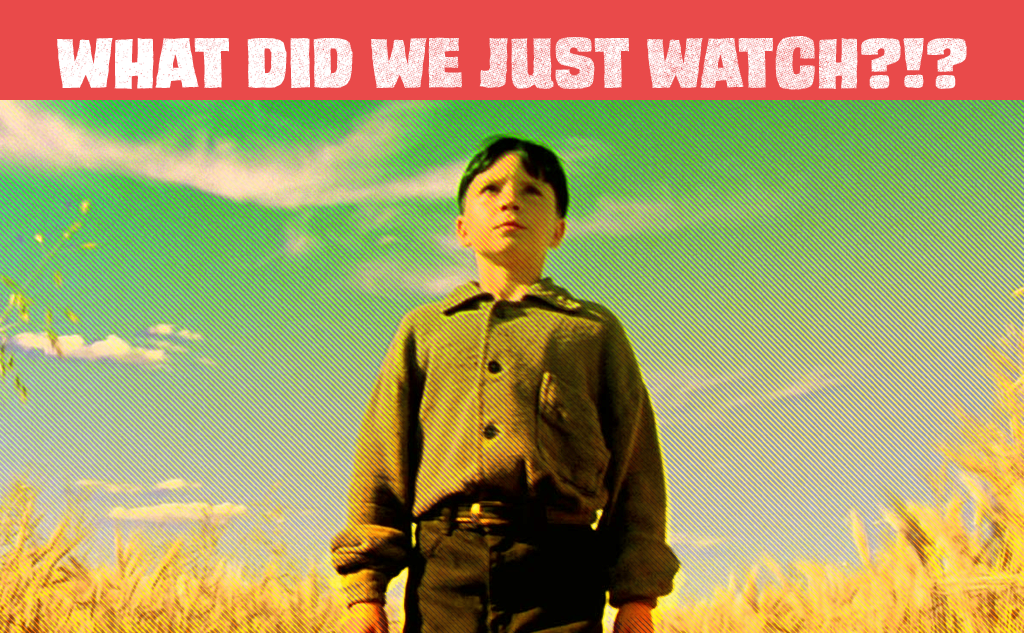 We started off the year, and continued, with (four months of) schlocky nonsense. I mean a LOT of it. So it’s high time we have a change around here, if only for one episode, before we jump back to doing silly weirdo movies, let’s dig into 1990’s surreal childhood drama, The Reflecting Skin.

Joining me for this episode is Ron Nelson (@acelluloidjam on twitter), who is a kindred kinda fellow to myself when it comes to the way we think about film. No, we don’t like the same exact things, but we do come at films with an appreciation for the difficult, odd & esoteric. Sure, we want the film to feed us, but we don’t mind working for our food, so to speak.

Our film this episode is certainly something that we worked for. It’s about a boy living in the 1950 in a rural town, who has flights of fancy regarding vampires and angels.

Do try to find this film. Currently it’s on Shudder Canada. I’m unsure how you’ll watch it stateside, but maybe you fancy internet users can figure out a way. Some folks call this film Lynchian, but we don’t quite agree with that assessment. Whatever it is, it’s worth a look, especially if you’re schlock fatigued and fancy trying out a hidden gem art film like The reflecting Skin.