In the Year 2000 AND NINE, a tiny movie was release called Moon. It was directed by Duncan Jones (Yes, the same Duncan Jones that helmed that enormous-yet-oddly-niche and strangely little-talked-about video game movie, Warcraft.). Moon was Jones’ screen debut, and is one of only three films he has under his belt! That is how talented this director is: to have gone from a tiny film like Moon to a mega blockbuster like Warcraft in three moves. That’s saying something.

But we’re talking about Moon here: a special little indie sci-fi flick about a moon base workman named Sam Bell (Sam Rockwell) who has three weeks left on his contract to fulfill before he can go home. As with any job, it’s always a relief when you can get off work and go home to your family, or go home and just relax. So, what’s the big deal? Well, Sam is the only living human at this moon base.

He goes about his duties working for an energy company, and spends his free time pursuing solitary hobbies and conversing with a robot named Gerty (voiced by Kevin Spacey). He also seems to be slightly going out of his mind, maybe. Constantly frustrated by the lack of human contact, Sam hallucinates a young woman – nothing salacious, just confusing. And this leads to an accident that leaves him unconscious.

Once he wakes, he’s bright, clean and very suspicious. He ventures outside where he finds…himself? In a manner of speaking, yes. Or is it another bout with loneliness? Is it Sam having finally succumbed to a kind of insanity where hallucinations seem more corporeal than imagined?

Here to unravel the mystery of Sam Bell and his moon base adventure is the ever-lovin’ Liam O’Donnell of Cinepunx and Horror Business. 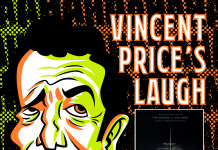