Ouch My Ego! – Music, Art, & Culture Blog of the Rio Grande Valley
Home Podcasts What Did We Just Watch?!? YOR – THE HUNTER OF THE FUTURE 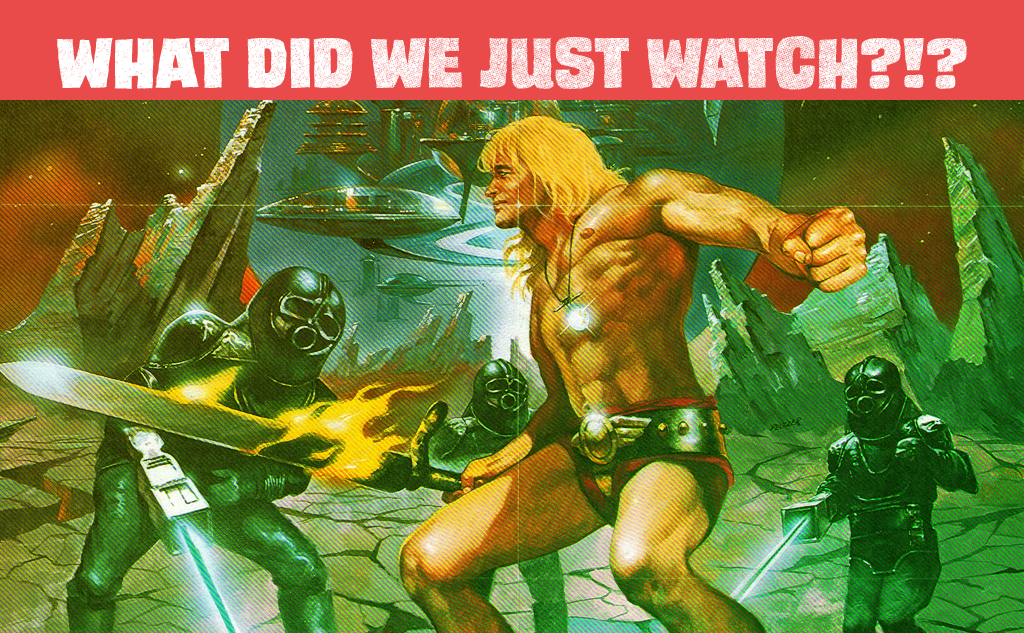 Today’s guest is “The Mike”. He’s the writer of the blog The Mike’s Double Feature Picture Show. I know The Mike through Twitter, and he’s quickly become one of my favorite tweeters (except for when he posts about sports! Boo, sports!) But he’s a very positive presence on Film-Twitter™️, which is why I like him so much. So when I learned that he too procured a copy of the newly re-released Yor – The Hunter From The Future, I took it as a sign from the heavens to GET THIS MAN ON MY SHOW!

In this thrilling episode, we discuss what it is, if anything, that makes this title so strange (it’s not the spelling, though we do go into that as well). Is it the prehistoric man from the future? The flaming sword that he hardly uses? The intermittent dinosaur fights? The hairy cavemen who randomly attack whenever things get too ‘ok’? Yor’s super casual stance on dating? Or the ACTUAL future folk (and their lasers!) who are out to get Yor for some reason?

So won’t you have a listen as The Mike and I jabber about his daffy Conan the Barbarian / Flash Gordon / Star Wars mash-up?