On this episode of Get A Clu! we are starting our conversation on Clu’s work in comedy films of the 1980s. Clu is generally known for his horror characters in this decade, but take a closer look and you’ll find a plethora of dynamic appearances that, although variant in size, really do help round out Clu’s career during this time.

And because there’s so much to get through, we’ve broken the episode into multiple parts. So, starting off the set, we’re discussing the 1988 “cult” flick, Tapeheads.

In the episode, we get into what makes a film “cult,” and if the term actually applies to this movie. We’ve got some info on the production itself (including insight into how producer Mike Nesmith “invented” MTV), the infamous soundtrack, how star John Cusack went from teen idol to disgruntled veteran, the unique press kit sent out for the film, what makes a cameo a cameo, and more…including, of course, Clu!

So, please, enjoy the episode, and stay tuned for Part 2!! 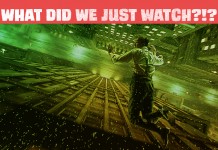