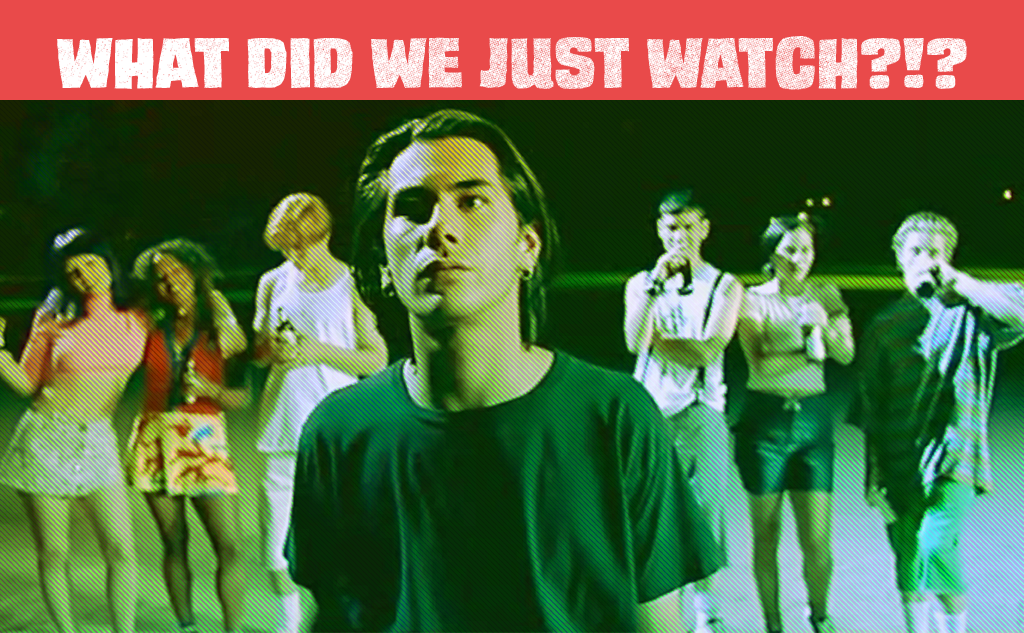 Nothing screams summer to me more than ‘teen movies’ made in sunny Southern California. They don’t even have to be set during the summer. California is ideal for year round shooting for a reason after all. So, why not have a guest from So Cal for this episode about Gregg Araki’s Teenage Apocalypse flick NOWHERE? and that’s exactly what we have in Courtney Penley . (She’s also a film student whose whole life is about film, so the qualifications are there).

But why Nowhere? It’s a summer flick as per my aforementioned criteria, but it’s also flippin’ weird. Much of it is shot like a music video and it’s cast is populated with both mid 90s IT KIDS (Christina Applgate, Jordan Lad, Rachel True, James Duval, Ryan Phillippe, Heather Graham) and a stunt cast of old timers like Beverly D’Angelo, John Ritter, Joe Isuzu, Christopher Kinight and Eve Plumb. Scenes work more like non-sequitur than story, but there is one here, and it’s nonsensical. Dark (played by James Duval) is having his teen life crisis, worried about everything, daydreaming about whom he should love and be loved by and also maybe he sees reptilian aliens…but whatever is going on with him, he senses a great deal of general foreboding, as if the end of the world will happen and he’s the only one who knows about it.

This is a film full of sex, drugs and a mostly really good soundtrack (i say ‘mostly’ because I don’t care for hole) and also joining the conversation is show regular, Elbee as we try to figure out what’s up with Nowhere.