As promised in the latest episode of VPL, here is a snippet of conversation I recently had with film aficionado and director of The Burkittsville 7, Ben Rock.

Ben talks about the ideas that influenced B7, the inception of The Blair Witch Project, and the very real terror of mental illness.

Elbee Bargeron: Tell me about the documentary Titicut Follies and why you chose to use it as a reference.

Ben Rock: It wasn’t a super-intellectual decision. That film had simply disturbed me, and as a lifelong horror nerd I have a high tolerance. When I was in college we had a documentary class taught by a professor named Gerry Hooper and he introduced us to all manner of fairly-disturbing material but by far Titicut Follies haunted me and stuck with me the most. I think that in the human experience, we see horror in the form of horror movies, but a doc like Titticut Follies shows us the real human catastrophe in such graphic detail that we can’t look away because every one of us is one mental disease away from being a resident at a mental hospital like that.

It’s also about dehumanization – the way the staff and guards learn to turn off the part of their brain that reaches back out to the very human inmates at that hospital – that’s hard to deal with.

Anyway, those faces, those images, they really just stuck with me and when I had a chance to make something which was documentary-based but also hopefully frightening but in a realistic way, I knew what had upset me the most and I pitched that.

EB: Historically, society has thought of what we now know as mental illness to be witchcraft or demonic possession. Was that a part of the development of this installment of Blair Witch mythos?

BR: I wouldn’t say it was part of the Blair Witch mythos when we were creating the original. We were more interested in real folklore and emulating a story like the Adams Tennessee “Bell Witch” case or any number of other hauntings or legends we’d all heard our entire lives. It was more inspired by the original 1970’s In Search Of…

When I was prepping Burkittsville 7, however, you can bet your ass I was thinking about that. I’d read a book called The Outsider by Nathaniel Lachenmeyer, a son’s account of watching his father be overtaken with Schizophrenia, and it really haunted me. Our brains are amazing, but they also can turn on us and the whole world can become dark and awful and haunted to us. In addition, at that time I was going through a little Sam Fuller phase and I’d tracked down Shock Corridor, a movie which hasn’t aged especially well, but it’s all about how we can drive ourselves over the edge.

EB: How do you characterize Rustin Parr? What inspired the “twist” that maybe he didn’t kill the kids?

BR: Rustin Parr always was kind of a simpleton who lived in the woods, kind of untouched by society. The Joe Berlinger/Bruce Sinofsky documentary Brother’s Keeper is probably similar to what we’d had in mind – a kind of person who exists even today but who isn’t especially tied into modernity (whatever that means at the time). Those people get vilified, even if they’re just the jerk in your neighborhood who doesn’t take care of their lawn, kids tell stories. Parr is the ultimate version of that – dangerous but also pathetic. But then there’s the folklore that builds around people like him.

Folklore, when it has its basis in any kind of actual truth, is often oversimplified. When we’d made Curse of the Blair Witch, we’d simply presented the folklore as we’d created it and some part of me wanted to break it. Not to “break it” in terms of “debunking” it, since it was all made up anyway but I wanted to show that there were different approaches to the “official” story, and how if you poke enough holes in any story you can create an alternative narrative. Also, when you start doing things like that, people call you names, say you’re crazy, try to discredit you and everything you’re working for. Why? Well, because if you’re building a conspiracy story, there’s a good chance you have a screw loose. Chris Carrazco definitely has a screw loose.

But there was no use in just rehashing the original story we’d created. It was fine, but there’s inherent drama in someone coming out and telling people that everything they know is wrong. I wanted to dig deeper into the story only to find that it was more disturbing than we’d already thought. A creepy guy killing a bunch of kids – we’ve heard legends and spook stories about stuff like this, but kids killing other kids is even crazier.

Similarly, if I’d ever had a chance to work on any kind of origin story (as we’d talked about many times), my goal would have been to immediately kill off Elly Kedward and to make it clear that she had nothing to do with whatever happened in the Black Hills. Whatever it was, it predated her. Her name got hung on it, but it wasn’t her.

EB: Had you thought all along to introduce Kyle Brody as a more menacing character?

BR: Not when we first came up with him, no. We were kind of at the first level of world-building and we didn’t know it. We were just spinning a yarn.

EB: How much fun was Burkittsville to write? How did you imagine it would lead into other projects involving the Blair Witch storyline?

BR: It was a lot of fun to play in that world – it was the first time I’d ever been hired to write or direct anything and I put a lot of pressure on myself to make it fucking great. And it was a world I knew well since I’d made it up and felt like I could bend it around itself and twist it up into pretzels but never quite break it.

As I said above, the story I think that would have been the most fun to tell is the origin story of Elly Kedward. The “Blair Witch” herself. It would have been – I like to flatter us and our abilities in 2000 – a lot like The Witch. I love that movie, it nailed something we’d hoped to do. But obviously there’s any number of stories you could tell in that universe.

EB: Any cool production notes we can include?

BR: To me one of the greatest parts of that opportunity was that I got to work with so many good friends, many I’d known since childhood. Jay Bogdanowitsch (producer), Jeremy Gilleece (production sound and post sound designer), and Mark Koivu (special effects supervisor) were all friends from my high school drama department, and John Maynard (who plays Chris Carrazco) was in the first film I ever directed in my life when I was 19 years old, and I knew him from the Orlando theater scene. I’d even gone to college with the editor Curt Aponavich and his business partner Chad Sahley. It was also a great opportunity to work with Neal Fredericks – the original DP of The Blair Witch Project, someone who I’d assumed I’d work with on and off my whole life but who tragically died in a plane crash in 2004.

I’m still in touch with a lot of the people I met on that project, and it was stressful-as-fuck but also a life-changing positive experience.

If you’d like to know more, Ben wrote an extensive retrospective of his work on BWP (including The Burkittsville 7 and Shadow of the Blair Witch) on Dread Central. Or, check out what Ben’s been up to (including the very cool horror web series 20 Seconds to Live) at his website. 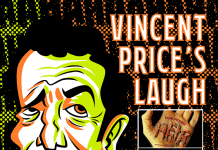