Ouch My Ego! – Music, Art, & Culture Blog of the Rio Grande Valley
Home Podcasts What Did We Just Watch?!? Barbarella 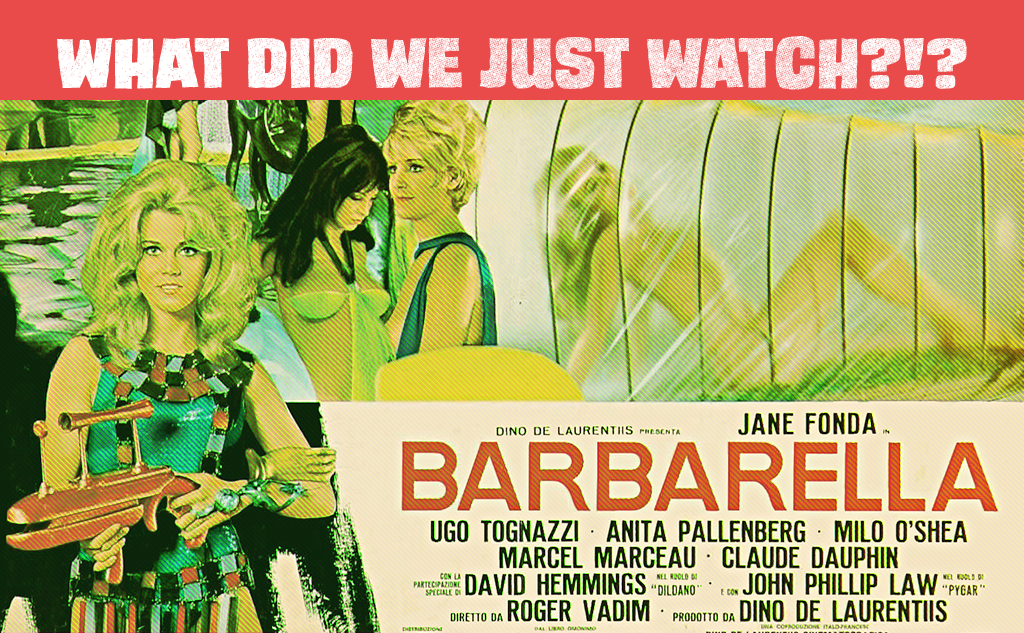 The film stars Jane Fonda, John Phillip Law, Anita Pallenberg, French mime Marcel Marceau, and Milo O’Shea as the mad scientist Duran Duran (yes, the inspiration for the namesake of the pop group from the 1980s).

Here we do the typical for the show, mulling over the plot and the strangeness, but also discuss certain cultural concepts having to do with the late 1960s sexual revolution. So if you please, brush up on the material in whatever way you can, and then join us as we discuss Barbarella: Queen of the Galaxy.