Ouch My Ego! – Music, Art, & Culture Blog of the Rio Grande Valley
Home Podcasts What Did We Just Watch?!? Dream a little dream 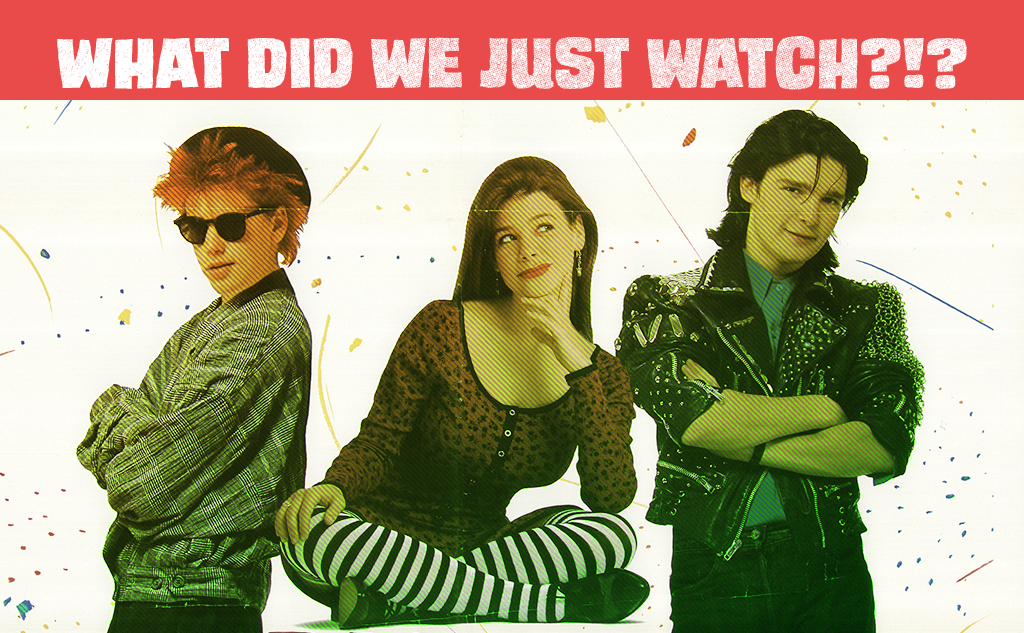 Consider this episode a bit of a palate cleanser from all the creepy spooky flicks you’ve undoubtedly gorged yourself on last month*.  The film we discuss is 1989’s Dream A Little Dream that features Coreys Feldman and Haim as best pals who stumble upon a wacky sci-fi plot involving sunglasses…WAIT! No! That’s the 1994 sequel Dream A Little Dream 2. No, this is the original Teen/Adult sorta kinda switcheroo movie (a trope that was so popular) from the late ’80s!

Here, Feldman somehow kinda switches minds with old fogey Jason Robards. Surprisingly light on wackiness, but instead, it’s kinda serious, DALD also features Meredith Salinger as Feldman’s love interest, Matt Adler as a bully(!) and William McNamara as a troubled alpha hot-head. The film is a weird one, as you’ll hear, with the cast rounded out by two Twin Peaks alumni: Piper Laurie and Harry Dean Stanton! Take a drink!

Joining the show we have Stephanie Crawford who wrote an article about DALD making her the perfect guest for this episode. And along for the ride is Elbee to regale you with why/how she first saw DALD! You should probably watch the movie first, but you don’t gotta. However, you DO gotta listen to this show!

*who are we foolin’ you watch horror all year round as if it’s the only thing, don’t you? DON’T YOU?