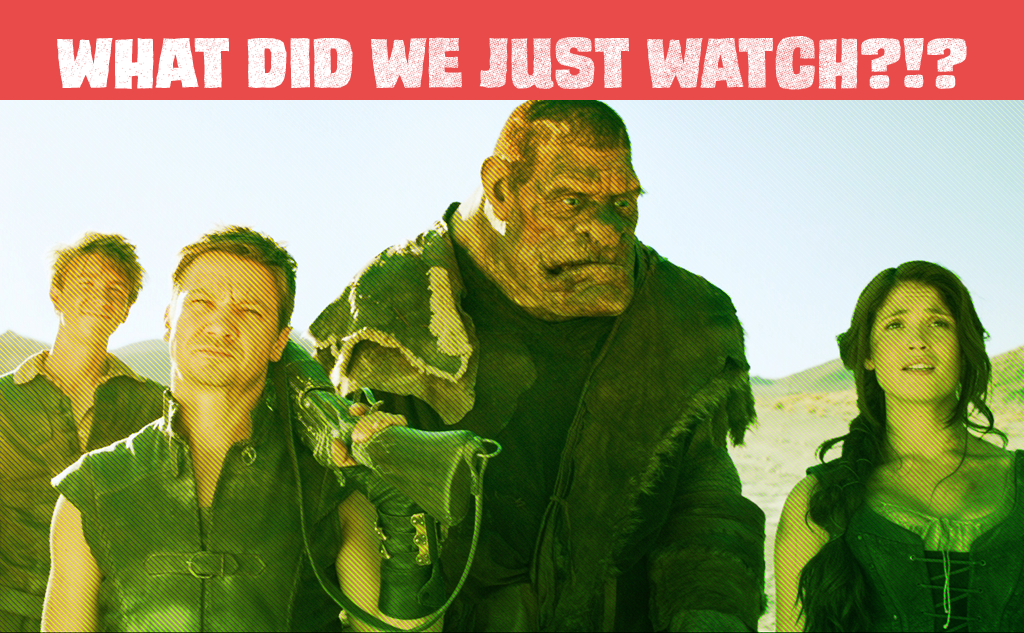 It’s akin to Snakes On A Plane in that the title delivers on its promise. Here, Jeremy Renner plays Hansel and Gemma Arterton plays Gretel and they are mostly convincing as once traumatized siblings who now hunt…WITCHES! It’s an easy enough plot. But I tell you, there are films like this that bring humor, action & weirdness together with such disregard to so-called logic that it amounts to an ultraviolent big screen cartoon, and I am all for that kinda thing when done well.

As usual, I suggest you hunt down a copy of the unrated version of Hansel & Gretel: Witch Hunters so you can follow along with our episode here and hear exactly what Jon said that had me so taken aback.