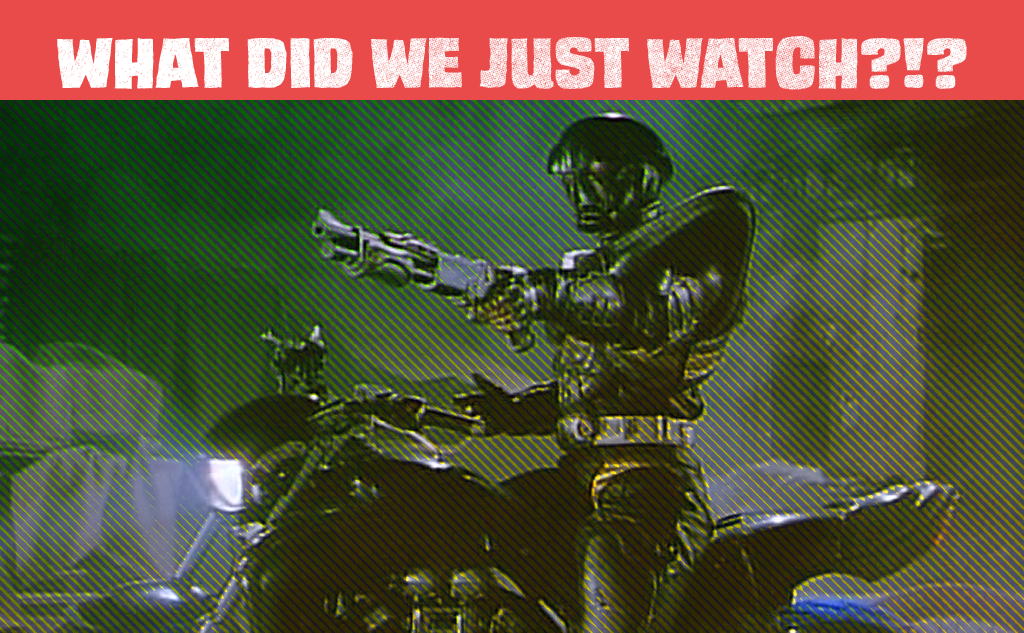 This episode delves into cinematic territory that we have not quite entered or even entertained here on the show. Tokusatsu: Japanese special effects driven superhero stories. Specifically, Mechanical Violator Hakaider.

This film is a mid-90s reboot/spinoff of a villain character from the old 1970s Android Kikaider show. Yet here, he’s presented as a mysterious antihero on an unspoken quest to destroy the oppressive mayor’s fascist regime over Jesus Town.

There are plenty of odd things with this film. You have: freedom fighters, lobotomized dissidents, are-they-or-aren’t-they robot soldiers, the world’s most powerful shotgun, semi-gory walls, a few dream sequences featuring a fairy & the grim reaper, Michael the archangel Android, A very flamboyant mayor & even a cameo by kikaider. All this with Hakaider at the center of it all.

You can somewhat easily find this online (linked below even!), I implore you to watch the film, it’s short enough, and then join us here as Jon and I discuss Mechanical Violator Hakaider.